The Sound of A Depression

Economic & social disparities should have been the focal point of this pandemic. We’re still ignoring their existence. 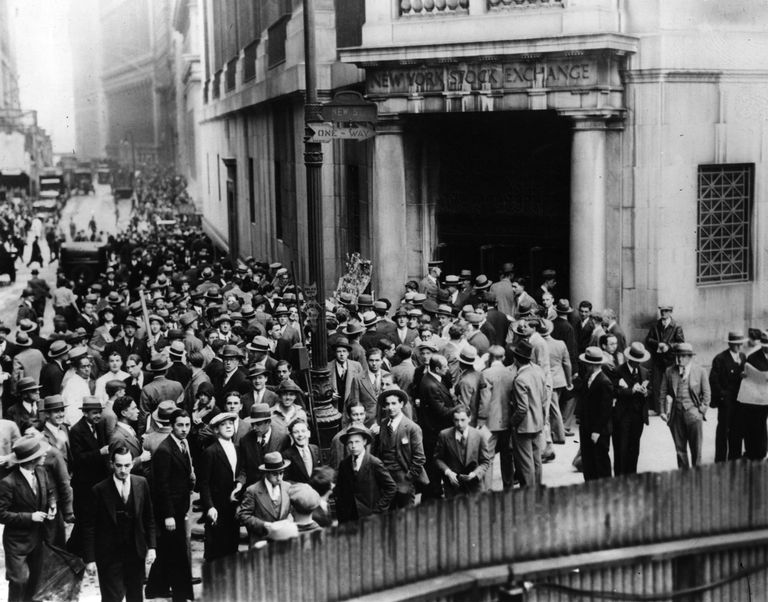 The Sound of A Depression

Much like most students, I spend much of my year living in close proximity to the Downtown Core. Even at St. George and Bloor, you often miss the bustle of the city core further south in the Financial District. On a regular day, the corner of King and Bay Street is loud, the sidewalks are tight, and there are your standard fare bankers, traders, bank business representatives going about their daily routine – market open to market close. The corner, representative of the rest of the City, went quiet mid-way through March as stay-at-home orders became the norm for some non-essential employees.

Not a perfect silence, but close enough. “Kind of eerie” was how I had described it when I moved back home with my parents, just outside of Toronto, a number of weeks later. I didn’t fully comprehend the full effect of the state of emergency, and the subsequent closure of businesses – a “recession by proclamation” as some pundits had been calling it at the time. A couple of weeks later and the situation had remained unchanged. We were all, collectively, a little bit more worried. The leaders we regularly turned to, in politics and in business, seemed concerned, and almost a bit sardonic when responding to questions about how this recession might stack up to its 2008 counterpart. Just across the border, where a $700B troubled asset relief program nearly failed in Congress, the Federal Government made quick work in passing a $2 trillion stimulus package – speedy approval by any historical benchmark, to keep the cogs of the economy moving.

Not a perfect silence, but close enough. “Kind of eerie” was how I had described it when I moved back home with my parents, just outside of Toronto, a number of weeks later. I didn’t fully comprehend the full effect of the state of emergency, and the subsequent closure of businesses – a “recession by proclamation” as some pundits had been calling it at the time. A couple of weeks later and the situation had remained unchanged. We were all, collectively, a little bit more worried. The leaders we regularly turned to, in politics and in business, seemed concerned, and almost a bit sardonic when responding to questions about how this recession might stack up to its 2008 counterpart.

Worry is what most of us have now, in the comfort of our homes. For some of us, there is a longing for the family members we lost, and for the rest of us, a hope that this part in our personal history ends sooner rather than later. The sounds of hope, worry, and fear are faint however – they are sometimes heard over the TV, or the radio, but these are approximations of each of our personal anxieties; the fragility of our jobs and our internships, the worry about our schooling, prolonged boredom, and perhaps for some of us, a very real confrontation with our own mortality or that of our close friends and family members. These problems plague us more, I think, than the virus itself, and yet they are often unspoken, unaddressed, and quickly forgotten. When we watch the news, we find an occasional solace – a new aid program, a viable vaccine candidate entering clinical trials, a tentative date when the country might reopen. Each piece of news inspires a temporary flame; a rekindling of a dream – the return to normalcy. And then there are the more sobering reminders of our disquieting circumstances; the uneasiness felt between two strangers in public, the “temporary” layoffs, and the staggering number of business closures which serve to remind us that even after our Public Health officials have finished wrestling down this virus, its consequences will far outlive it.

In a brief moment of lucidity, the President of the United States remarked that prolonged business closures, meant to contain the spread of the virus, would also cause death and suffering albeit of a different kind. Perhaps if the comment were not serving his own needs to preemptively return his country to being “Open for Business” he might have a point worth heeding. The virus affects our way of life in many ways; it threatens the security of our healthcare system, it cripples our confidence in our governments and marketplaces, and it has left many without jobs and with no means of supporting our family. The most vulnerable among us – the racial minorities, the impoverished, and the elderly – stand to lose the most, both because of the virus’ high rate of comorbidity but also because of the societal and economic consequences it imposes on these groups indirectly. Make no mistake: while we are all collectively impacted by the virus, we feel its effects in very different ways; this simple fact has sometimes made us oblivious and ignorant to the plight of others.

The plight of these communities and families is silent. It is rarely heard over the major news networks. It is hardly reported on by notable journalists. In boom times, we often hear about stories of success and occasional greed – there are celebrations on the NYSE trading floor every time the S&P500 and the Dow Jones cross an arbitrary milestone. Boom times are loud; the streets are bustling, people are chatty, and if there are the occasional cries for help, they often go unheard. We often like to remark about the triumphs of our system and the economic motivation inspired in each of us; and how often we say, errantly, that those of us who suffer from poverty have failed to “capitalize” on a market need, and that their plight is borne out of some individual deficiency. I am always discouraged, for instance, at how the homeless are trampled over and ignored in the streets of the Financial District, perhaps the only stretch of this city where we see both the richest and the poorest engaging with each other, or failing to engage. We have, in my view, lost a certain moral quality when we comfortably observe and proceed to dismiss how many of our fellow Canadians sleep out on the streets, malnourished, and afraid of visiting local shelters for fear of abuse or falling victim to the virus.

These days, things are quiet – there is far less opulence and grandeur about the richest among us (for they too suffer the consequences of the virus albeit in a much less direct way) and yet we still have a nasty tendency to ignore, or remain oblivious to, how the most disadvantaged among us struggle for survival (as opposed to a more privileged struggle against boredom). As with many other problems facing our nation and our way of life - so many of these disparities in private life, between the wealthy and the poor, have been exasperated and emphasized by the pandemic. Toronto Public Health, a governmental body that has long advocated for the collection of socio-economic data when documenting the spread of infectious disease, notes that the rate of COVID-19 infection is 3 times higher for individuals in the bottom income quintile than those in the top quintile. They note a similarly disturbing trend in the rate of hospitalizations among the poorest individuals among us. To be sure, the report, published in early July, does not tell the complete narrative regarding these health and economic inequities, but it gives us a snapshot; a disturbing view of our great city, while we were at our most vulnerable.

I was encouraged to read the stories of some Chicagoans who lived through the Great Depression in an article by NPR published in the throes of recession in 2009. One of those men, Dusko Condic who was 77 at the time, recalled how his family of eight lost their home: “Unfortunately, we lost the house. I can remember to this day — and I become emotional when I think of it — literally being placed on the sidewalk [with] every last possession that my poor mother had because she wasn't able to supposedly pay the mortgage. And an incredible number of people came to my mothers' aid, literally wheeling wheelbarrows of coal to help warm the house.”  These people were of a different time; they had faced pandemic, war, and now full-fledged economic depression – and survived not by their own strength, but by the kindness of others.

‍
There is a point, sometimes multiple points, in a decade of living, where the fog clears and we have no choice to see things for how they really are. In 2009, we saw the consequences of unencumbered commerce and banking, and how badly folks on Main Street had been misled by a small privileged class of financiers. This time around, far from being caused by any individual, group, or country, this virus has exposed the vulnerabilities of our system – the incapacity and underfunding of our hospitals and research institutions, the magnitude of our homelessness problem, the gross lack of investment in long-term care facilities for the elderly, the fragility of our small businesses and the banks that fund them, the insecurity of our food supply, and most concerningly, our worst tendencies to turn inwards and act selfishly in a time of crisis.

You may not hear the economy come to a screeching halt. You may not hear the cries from those who have lost their family members, their jobs, or their livelihoods. These struggles will faintly be reported, and they will rarely make their way into the comfort of your living room. But far away from the grandeur of a different time not too long ago, when markets were booming and unemployment was low, we can now appreciate and observe these struggles in all their miserable glory. Michael Ignatieff writes that in order for us to truly appreciate our rights, whether they be to liberty and the pursuit of happiness, or to water, shelter, healthcare, and an education, we must first insure, and where possible directly fulfill, the needs of strangers. Far from being incapacitated by the virus, we are encouraged to advocate and extend a helping hand to those most vulnerable among us.